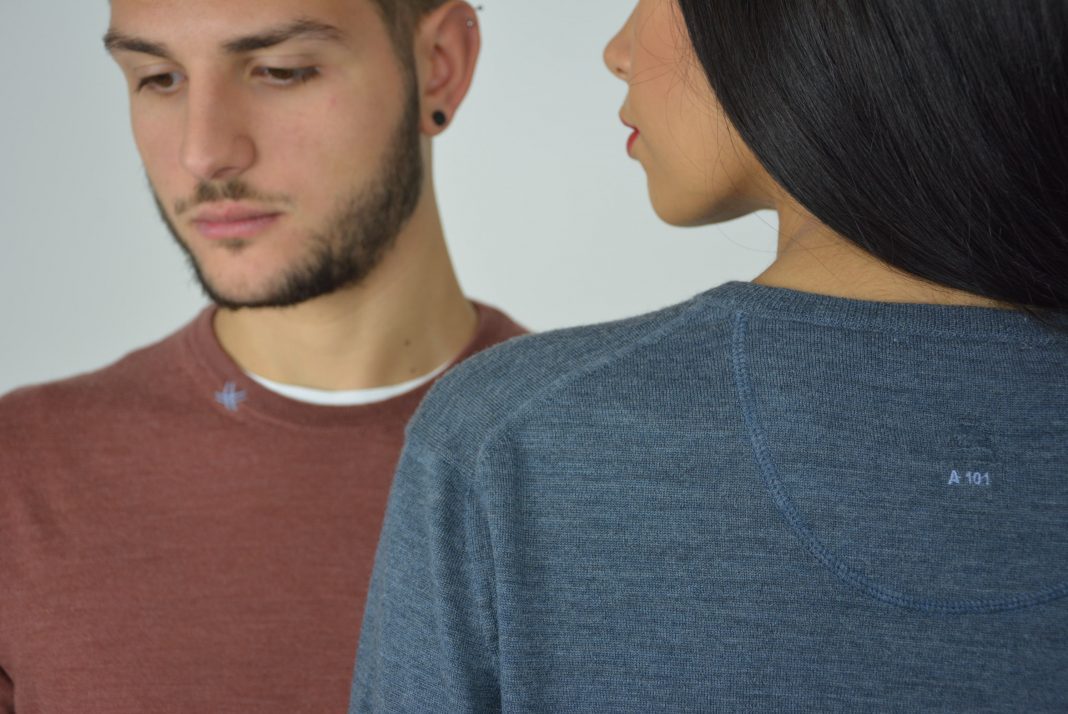 ‘Fortunale’, according to the Treccani dictionary definition, is an “atmospheric disturbance of exceptional intensity, characterized by a very strong wind, with a speed of around 100 km per hour, which produces serious devastation on the ground and causes considerable navigation difficulties”. Let’s say it is not really a godsend, especially for those who are in the sea, so that to face it the sailors rely, relied, on luck. Hence the name.

For Ivan Aloisio, ‘Fortunale’ acquired an absolutely positive value, given that he chose it for his knitwear brand in pure Italian organic wool, colored exclusively with vegetable dyes without chemical products, designed and produced in Italy by specialized artisans.

The disruption and the force of the wind to express the desire for change, with a product that links its story to that of the Majra Moda Maglierie, a property of the family of Ivan Aloisio in San Chirico Raparo, a small village perched on the mountains in the province of Potenza (Basilicata).

Ivan grows up “between yarn cones and fabric scraps”, the textile industry is his home and with time becomes his passion, so much that, once adult, take up the reins, expanding it, moving to the manufacturing district of Cassano delle Murge, in Puglia and improving the collections. At the same time Ivan is able to distinguish, with clarity, the negative aspect of the fashion industry: textile industry waste, toxic materials utilized in dyeing facilities, color waste poured into rivers, or the myriad of synthetic and plastic materials we wear every day.

So, together with the birth of his first son, Jacopo, Fortunale comes too, a “different knitwear” project based on the production of pure wool garments made from cruelty-free farms in which the sheep are respected and left to graze, without dangerous pesticides, in fields without polluting substances. The sweaters made are dyed with natural dyes from more than 200 flowers, leaves, berries and roots coming from ancient coloring recipes and, once at the end of life, can be regenerated (the return of the old Fortunale sweater in exchange for a 30% discount on a sweater of the new collection). Even the packaging is reusable: a recycled cardboard box that can be reused for other purposes.

At the last edition of the start-up competition Heroes Meet 2019, held in Maratea from 19 to 21 September, Fortunale won second place out of 300 start-up participants, after being examined by 4 different juries. The project is also appreciated because it develops thanks to the comparison with the territory, such as the collaboration with Legambiente Puglia, with the Plauto Lane AUTOctone project conducted by the University of Bari to raise awareness and provide information about the possibility of enhancing wool as a resource from the added value in cultural, economic and social terms, and with the Pigmento company for new experiments on natural dyes.

Just yesterday, then, the Fortunale team was received at Montecitorio to illustrate the project, following the visit of the Honorable Nunzio Angiola to the company headquarters to learn about its activities.

And now Fortunale is also launching the women’s line with a crowdfunding campaign on Kickstarter that will start on October 22nd. For those wishing to support the new production, there is the possibility of subscribing to this link for a campaign reminder.

Last but not the least, for each item purchased, Fortunale undertakes to plant a tree whose identification number will be printed on the sweater itself.