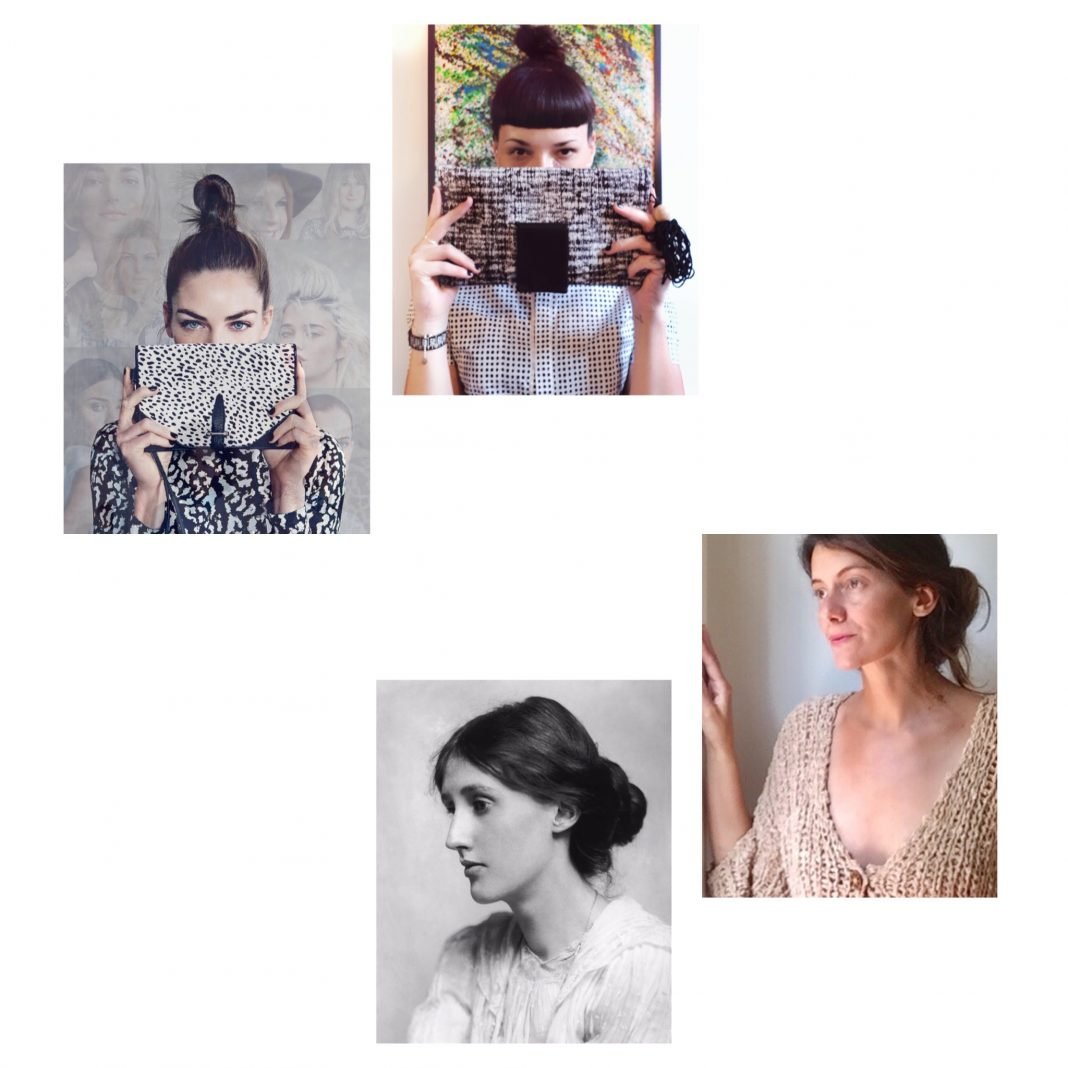 It was April 17 when the first ‘episode’ of the eco-à-porter challenge came out, we were still in lockdown and the idea of being able to return to a minimum of normality still seemed far away. Then came Phase 2 and now, with the regions open again, we have moved on to Phase 3.

This challenge has accompanied us in all moments of the emergency and I believe, I hope, that has contributed, in the small way, to distracting you a little. I know you liked it, there were several accessions, with original and interesting works that confirmed how widespread the fashion of vintage, second hand and also artisan productions is, given that several participants were, they are also designers and artists.

These two contents, which arrived the last moment, prompted me to dedicate yet another post to the challenge which will conclude the series, leaving open the future possibility of a fixed space dedicated to the works of our readers.

So I introduce Elena Sammarchi, a young Bolognese designer and artist I had the pleasure of meeting when, as a student, she did an internship at the editorial office where I worked at the time. We lost sight of each other for years, then I found her on Instagram (here is the power of social networks!) And it is therefore a pleasure to have her as my guest on the blog. Elena works for various projects in the field of entertainment, collaborating as costume designer, stylist, stage dressmaker for films and short films, video clips, theater performances, photo sets, TV commercials. It also offers an artistic image consultancy service, helping artists to adapt to the style of the character through the creation and enhancement of a specific personal image. In parallel, she experiments and develops her own artistic language around the concept of costume, in relation to textile and performative art, proposing video performances and installations for various collective exhibitions.

For the challenge, Elena chose a photo of Vogue with the model Hilary Rhoda and added:

The other participant is Debora Frosini, who manages, together with her mother, Stile Biologico, an atelier in the heart of Florence where custom-made garments are made and used ones are repaired “since nothing is wasted until it is thrown away”. Debora writes to me that she grew up in a family that has been sewing and knitting for generations and has thus inherited her talent and passion. Debora and her mother also joined their knitting workshop alongside the atelier, founded by Giuditta Blandini, collaborating with international fashion schools to show and spread the art of knitting. Stile Biologico is part of OmA, the Art Crafts Observatory, which promotes Florentine artisan workshops with a series of events. Debora has collaborated, with her own sustainable creations, in the realization of the independent film ‘The last fighter’ by Alessandro Baccini and Domenico Costanzo.

Debora chose an image of Virginia Woolf, reinterpreting it with a cardigan made by her in organic cotton:

Many thanks to the last two participants and to all those who joined the project, carving out some time between the various commitments. My only concern? Not even a man. Not bad, it is the confirmation of what I think and argue for a while or that sustainability is a woman!