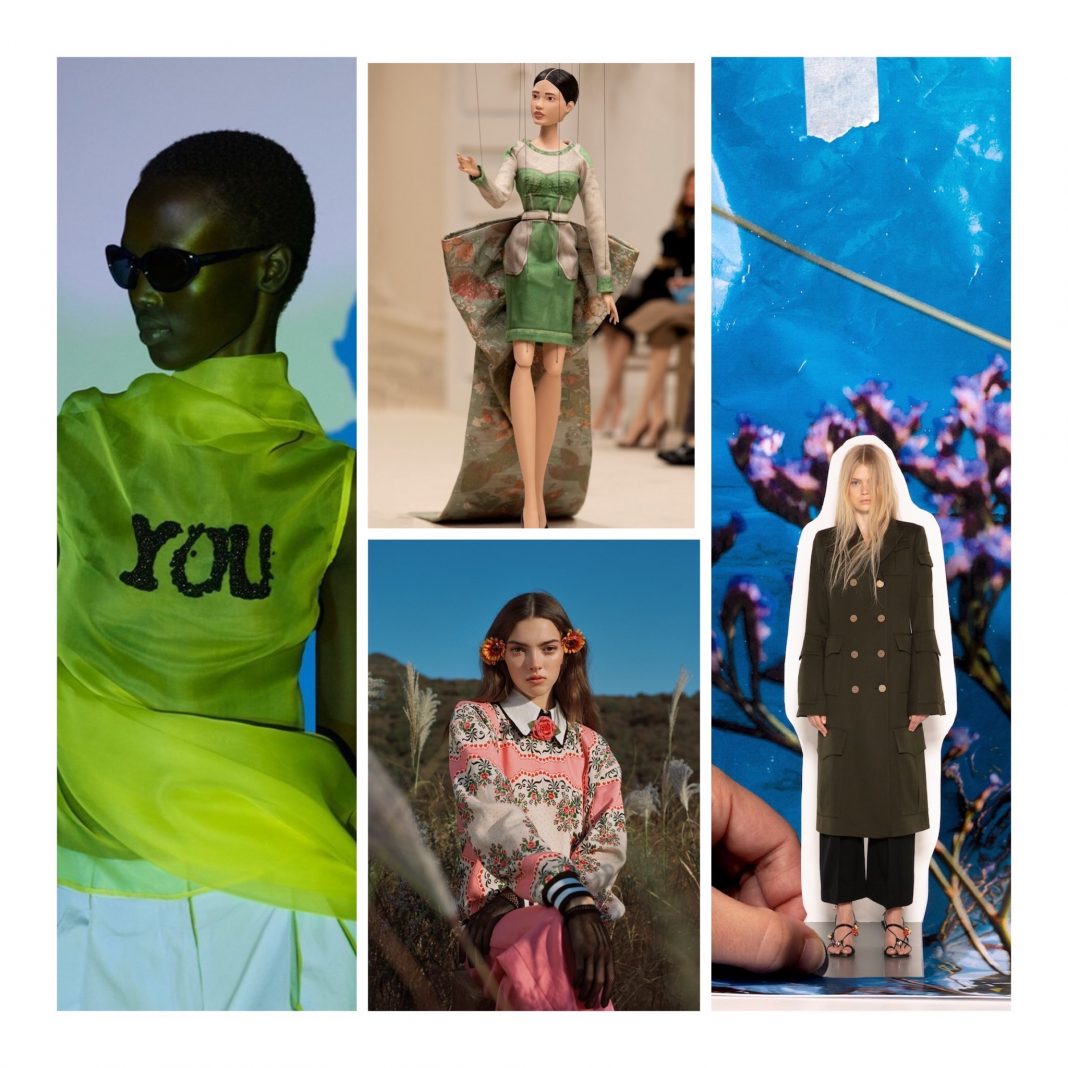 That these latest fashion shows would have been different, we all expected. Indeed, I was amazed, and I say it with pleasure, that many designers still decided to show in attendance, with the classic catwalk, because they gave a sign of resilience and continuity despite the very complicated period we have been living for a while.

I wanted to wait until Paris Fashion Week ended to get a general idea of how the designers reacted to the lockdown and to all these changes still taking place, because you know, unfortunately the emergency is not over, quite the contrary.

I usually take sustainable collections as an example, especially from the point of view of the use of materials and construction, but this time I would like to focus on ‘how’ the designers and fashion houses presented their collections, because if it is true that many have chosen the traditional catwalk, as I said before, others have opted for truly original and captivating alternatives, confirming that the world of fashion is like a phoenix that rises eternally from its ashes and that creativity, the one with a capital C, still exists, and how!

I chose a designer for fashion week and I start in Paris with Dries Van Noten, for whom I have a weakness, I admit, even more so after he released his Open Letter to the Fashion Industry, an online signed manifesto, last May by a group of designers and retailers in the luxury sector for a change in the sector.

One of the points of the manifesto concerns the use of the digital medium by reviewing and adapting fashion shows and this is exactly what Van Noten did, presenting his S / S 2021 collection with a series of photographs and a film. For the designer it was new territory, since, he says, “we have never done an advertising campaign, it is the first time in 34 years. We have lost things, but we have learned things. A new kind of creativity is advancing ”.

Van Noten asked Dutch photographer Viviane Sassen to take the images, partly taken on a windy day on a beach in Rotterdam, and then to film in a studio in Amsterdam, with the models dancing in front of some sort of light show with a Sixties flavor. The result is suggestive and captivating and communicates that positive energy that gives the impetus to the future, to look forward. And now we need it so badly, so thank you Dries.

For Milan, I chose Moschino instead and you will understand why: the creative director Jeremy Scott staged an elaborate puppet show complete with an audience, also like a puppet. “The best thing I could do for anyone who was stressed about the elections, the pandemic, the social unrest and the future was to give the gift of imagination and take us away from it all for a few minutes; let’s enjoy our little world of fashion “, commented Scott after the ‘show’. The designer was inspired by the Théâtre de la Mode, an innovative campaign made to promote French fashion in the rest of Europe and in America after the Second World War; they were miniature mannequins dressed in haute couture on Parisian backgrounds or other places of fantasy. For his puppets Scott called the creator of the Muppets and dressed them haute couture, ça va sans dire. Aren’t we also veterans of a war, moreover not over yet?

JW Anderson, who has always loved to include references to childhood in his collections, did a similar thing in London; so here is a show made with paper figures cut out (yes, just like we did as children!) on photographic backgrounds from a holiday in Brittany, all made with the resources available during the lockdown. “Even in one of the most difficult times, you can get incredibly creative and focused,” says Anderson and, yes, I agree with him absolutely!

Finally, from New York, Rodarte’s Mulleavy sisters took photographs of the Californian hills in the few useful days of late summer, between a heat wave and a fire; floral dresses with a Forties allure, veils and flowers in the hair, alternating with sweatshirts and sporty trousers, give everything an air between dreamy and extravagant, even if the designers are keen to specify that “everything we do concerns fantasy and dreams but we are in a particular moment and we are part of what is happening now ”.

It’s just a taste but I liked the idea of conveying what I thought by watching all these ‘fashion shows’ (which I have to do for work!): the lockdown has really changed the approach of creatives, everyone has brought own creations, experiences, sensations, inspirations coming mainly from the period of isolation experienced with the first pandemic wave and the result is, in some ways, much more captivating than the classic glossy catwalk with tops that don’t even smile to pay for them.

I invite you to take a look at these latest fashion weeks, it’s not just about clothes, on the contrary, it’s a new approach, a new mentality, which I hope will represent the beginning of a new exciting path towards change.

Tiziano Guardini and Francesca Marchisio: a confirmation and a discovery