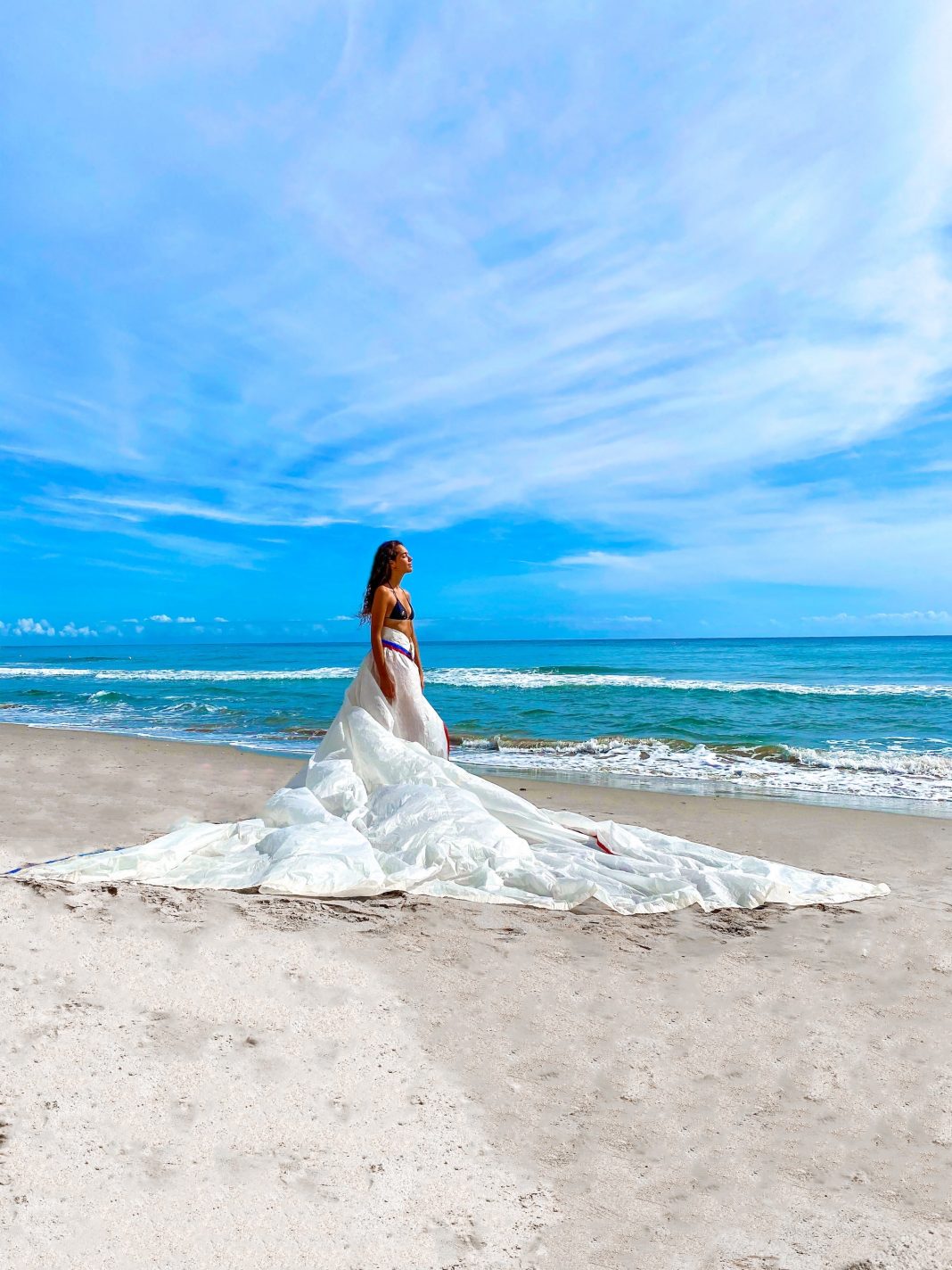 Another merit of ethical fashion is to have cleared recycling and upcycling, making them something chic. Having forgotten what was a waste or something of little value, we see them transformed into objects of desire, as happens for example with an haute couture garment or an accessory seen on the latest catwalks.

The collection of Federica Nardoni Spinetta, designer but also President and Founder of the Chamber of Fashion of the Principality of Monaco, falls into this category, that is sustainable haute couture because with her brand, Beach & Cashmere, founded in 2005, she creates sustainable collections, the last one entirely made with the used sails of the Smeralda Class 888 of the Yacht Club of Monaco, boat of 8.88 m with 3 crew members and helmsman.

The first sustainable collection of Beach & Cashmere was ‘Save the Ocean’, created to raise awareness of ocean pollution and produced with sustainable fabrics and materials recovered from the sea, such as fishing nets, which we have talked about several times in our posts . This was followed by other collections such as the ‘Save the Reef’, dedicated to the Coral Reef, the ‘Save the Nature’, on animal protection or the ‘No Waste’, produced with waste fabrics.

The latest collection is called ‘Under Full Sails’ and, as I said before, it was created in collaboration with the Smeralda Class 888 of the Yacht Club of Monaco, which supplied the used and broken sails, instead of throwing them away. Different types: from the colored sails of the spinnaker to the technical ones for regattas, even if the most used are the classic sails in Teflon or Dacron, a material that gives the possibility to paint directly on the sail, allowing the customization and creation of different designs .

The recycled sails were thus used as haute couture fabrics, creating glamorous and at the same time sustainable outfits, high quality clothes that respect the environment. Long dresses, tops and skirts made not only with used sails but also with typically seafaring accessories such as original sailing ropes, halyards and carabiners. Even the names of the outfits are inspired by the sea and borrowed from the Windrose: from the Mistral dress to the West Wind skirt, from the North Wind dress to the Libeccio top, from the Scirocco top to the East Wind skirt to the Ostro top and the Levante skirt.

In addition to designing sustainable collections, Federica Nardoni Spinetta is at the forefront of raising awareness and protecting the Planet, which is why she recently launched the #sustainabletogether movement together with other sustainable designers around the world and is promoting conferences on sustainability.