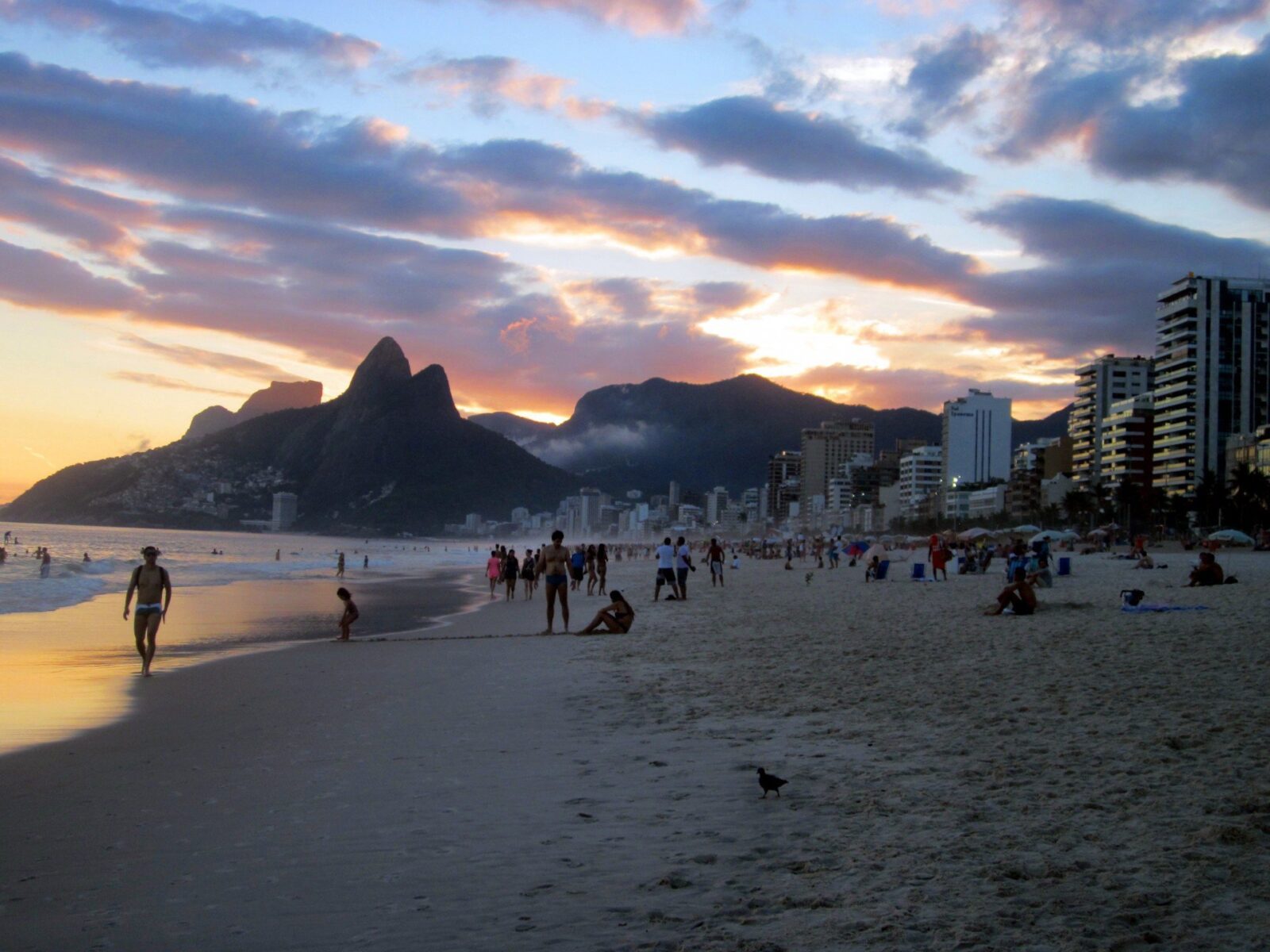 The eco-fashion has many facets, we are seeing it from the brands presented here, we are understanding it from the words of those who have been following ethical fashion for a lifetime, like the English journalist Sass Brown, whose interview went alive here a few days ago ; there is recycling, reuse, upcycling, vintage, there are local traditions, handmade, niche brands, chains that try to practice a sustainable policy and luxury brands that, in fact, belong to the high end but that have made sustainability their own stylistic code, such as Stella McCartney, to whom I have dedicated a post.

Today I want to talk about Osklen, a Brazilian deluxe brand that I discovered years ago following the São Paulo Fashion Week; founded in 1989 by Oskar Metsavaht, Cariocan doctor-surfer specialized in sports medicine whose preparation has then influenced the thinking and style of his brand, Osklen can be considered one of the first luxury brands that promotes sustainability and speaks for it, not just in the successful collections but also in various themed projects, including E-brigade, a movement that aims to increase public awareness and sensitization on environmental issues by sharing information that transforms concepts into attitude. E-brigade in turn form part of the Instituto E, that develops projects like the one on e-fabrics: in collaboration with other companies, institutions and research centers, the project identifies fabrics and materials developed on the basis of socio-environmental criteria, such as Amazonian jute, latex, organic cotton that Metsavaht buys directly from the indigenous populations. A ‘creative’ immersion at the Ashaninka tribe, which lives in the Brazilian State of Acre, inspired Metsavaht, a few seasons ago, a collection dedicated to the culture and aesthetics of that indigenous community.

For its environmental commitment on several fronts, in 2012 Metsavaht also spoke as an official representative of UNESCO at Rio +20 and on that occasion his Instituto-e designed the e-Prize, the official award for sustainability, which honored some of the most important initiatives developed since the Earth Summit, the first world conference of heads of state on the environment held in Rio de Janeiro in 1992.

Why, you ask, all this information about the designer and not the brand? Why talking about Oskar Metsavaht, what he is and what he does is the best way to know Osklen and its aesthetics and together understand the reasons for its uniqueness that has made it one of the most important Brazilian brands in the world, for example there are boutiques also in Italy, in Rome and in Milan.

Osklen fully reflects the philosophy of its founder; the knowledge of the human body deriving from the medical studies has allowed Metsavaht to create an almost techno-organic aesthetic, which makes the body similar to an envelope covered with organic materials, some mentioned above, full of appeal thanks to clean shapes and decorative and color inspirations related to the Brazilian lifestyle, its nature, its landscapes.

Art, which is another passion of the designer together with photography and direction, often influences the collections of Osklen, as the capsule collection of the next summer, inspired by the Brazilian artist of the ’20s /’ 30s Tarsila do Amaral, who, with her own visionary soul, explored the ethnic and cultural diversity of her Country in a personal way, while at the same time knowing how to insert it into the aesthetics of the European modernist artistic movement. The collection is in fact rich in the artist’s paintings and sketches, vivid and colorful but also rough, which overlap on dresses and flowing skirts; in the 20 models proposed there are also solid-colored looks, including bright red, the painter’s favorite color. This collection will be distributed in New York from February to coincide with an exhibition on Tarsila at the MoMA.

A “minimalist style with a sophisticated tropical accent“, as Metsavaht defined it, which also characterizes beachwear and swimwear, another specialization of the brand, but the opposite would be strange, speaking of a brand made in Rio de Janeiro! Having said that, it would seem to have said everything, but no, it’s just a taste because the life and interests of Oskar Metsavaht are really endless, as well as his commitments to the environment and sustainability that are the central point of his philosophy of life , then also applied to the brand.