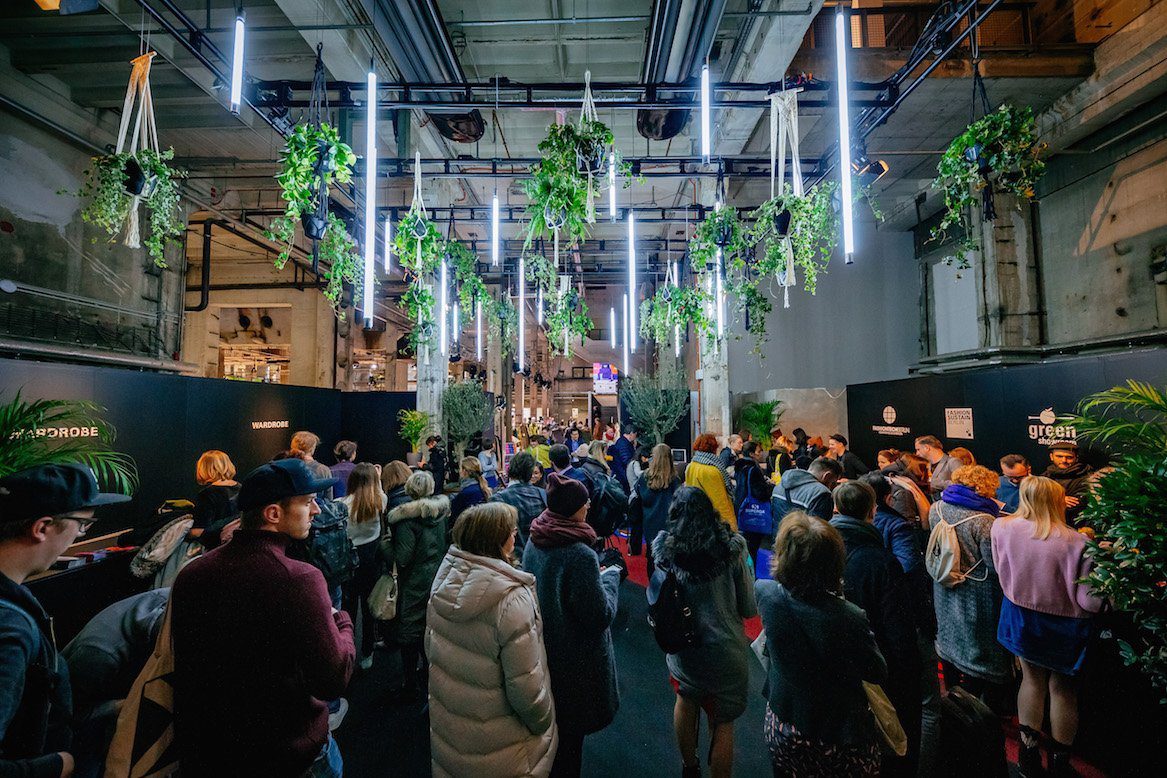 Home topics events, exhibitions and fairs Sustainable fashion at the center of Berlin

The curtain has been down for a couple of weeks but the show has just begun. It was a happy edition that of the Ethical Fashion Show, staged in Berlin from January 16th to 18th. Thanks to the new location too, the former Kraftwerk thermoelectric power plant, which is located right in the heart of the city, the one just ended was, according to the participants, a quality fair.

At the Show, the most important international exhibition of eco-sustainable fashion, more than 170 labels took part from as many as 26 countries, all together to say that sustainable fashion is an increasingly solid reality. And varied. Three days of conferences and discussions that have unveiled the news of the sector and laid the groundwork for new debates. Many technical innovations and experiments on materials, but also artistic and design leaps, with the presence of young people and above all of many women.

An industry that has learned to meet the needs of customers who, we know, are always right. Here, at last, the whole supply chain becomes transparent because, the organizers say, buyers want to wear only certified garments. “People want to know not just the materials, but also the work process and especially its social and environmental impact” says Anna, co-founder of Jan ‘n June, a Hamburg brand that invented an ecological identity card for each garment, to be scanned with the mobile phone.

In the Kraftwerk pavilions, female representation is in a clear majority and this is also a fact. Women, therefore, who create for women. Like the founders of Frieda Sand, a brand from Frankfurt that already has a feminist conviction in its name, Frieda like Frieda Belinfante, a Jewish cellist persecuted by Nazism and Sand as George Sand, writer and forerunner of gender equality. A philosophy, that of the German designers, which focuses more on respect for human work than on the sustainability of materials, all certified and European anyway. The clothes, with a confident style and decisive cut, are designed for women who walk tall and who are sure of themselves, so much so that they run the risk of appearing bold.

On the contrary, the effect created by the collections of Me & May, which play on refinement and lightness without giving up the attention to detail, is opposite. Since 2011 Melissa Knorr and Mathilde Feuillet have been weaving together in their Munich studio the precision of Germany and the elegance of France. And to do so they only use natural yarn produced and processed in Europe.

Claudia Lanius, as a sector’s veteran, is well aware of that; she has been on the market since 1999 with the brand that bears her name and she knows that choosing local raw materials is the first step towards sustainability, without renouncing a touch of exotic and innovation. Lanius is an example of a company that is completely based on the concept of sustainability; it is impossible to summarize in a few lines the mountain of certifications and the many collaborations that it uses to obtain eco-friendly products from A to Z. So many materials, from alpaca wool to hemp to beech wood, many of which traditional, because as the founder points out, her job is to create quality products that respect the environment and the dignity of workers, without forgetting that fashion is always fashion. The clothes must also be good for self-esteem.

So much clothing, therefore, but also accessories, that is those presented by the 40 exhibitors of the Greenshowroom, the eco-design window that together with the Ethical Show has now become a fixture in the Berlin fashion week. Boots of corn, shoes made from mushrooms and jackets padded with a fur produced with milk discarded by the dairy industry have attracted the attention of the press, along with jewelry and bags made of recycled material.

Like the Portuguese footwear by Nae Vegan, a brand that embodies the manufacturing know-how of an entire nation. The shoes are made of the most unthinkable materials: recycled plastic bottles and used airbags but also bark of 100% natural and waterproof Portuguese oaks. They keep warm, the ankle boots made of pineapple leaves of the Philippines, a surprisingly resistant material coming only from certified crops, where working conditions respect international guidelines.

Instead, they have stories to tell, like shells telling about the sea, the bags of Huner, a Turkish brand that since 2016 creates accessories made of old used sails. A collection of unique pieces, all handmade, such as the colorful mosaics of Istanbul, the city where the young designer Hüner Aldemir was born and where she works to revitalize shreds of fabrics that, in her opinion, still have much to say.

Going through the pavilions of the former Berlin thermoelectric power plant is like taking a long journey between countries and cultures, sometimes such opposites but united by the same feeling: the love for sustainability. The socially correct is in fashion today. This is the mantra behind the show. The insiders believe it and fairs like this have the task of saying it not just to the citizens but also to the institutions, because eco-fashion does not mean only fashion shows, but also conscious consumption. And sustainability always rhymes with ethical fairness in an enormous industry that can really make the difference, not just in the environmental impact, but also in the social one: because we must not forget that we are nature too and the living being must be protected first of all.

And it is already, almost, Fashion Revolution!

For ISKO I-SKOOL a all in digital final