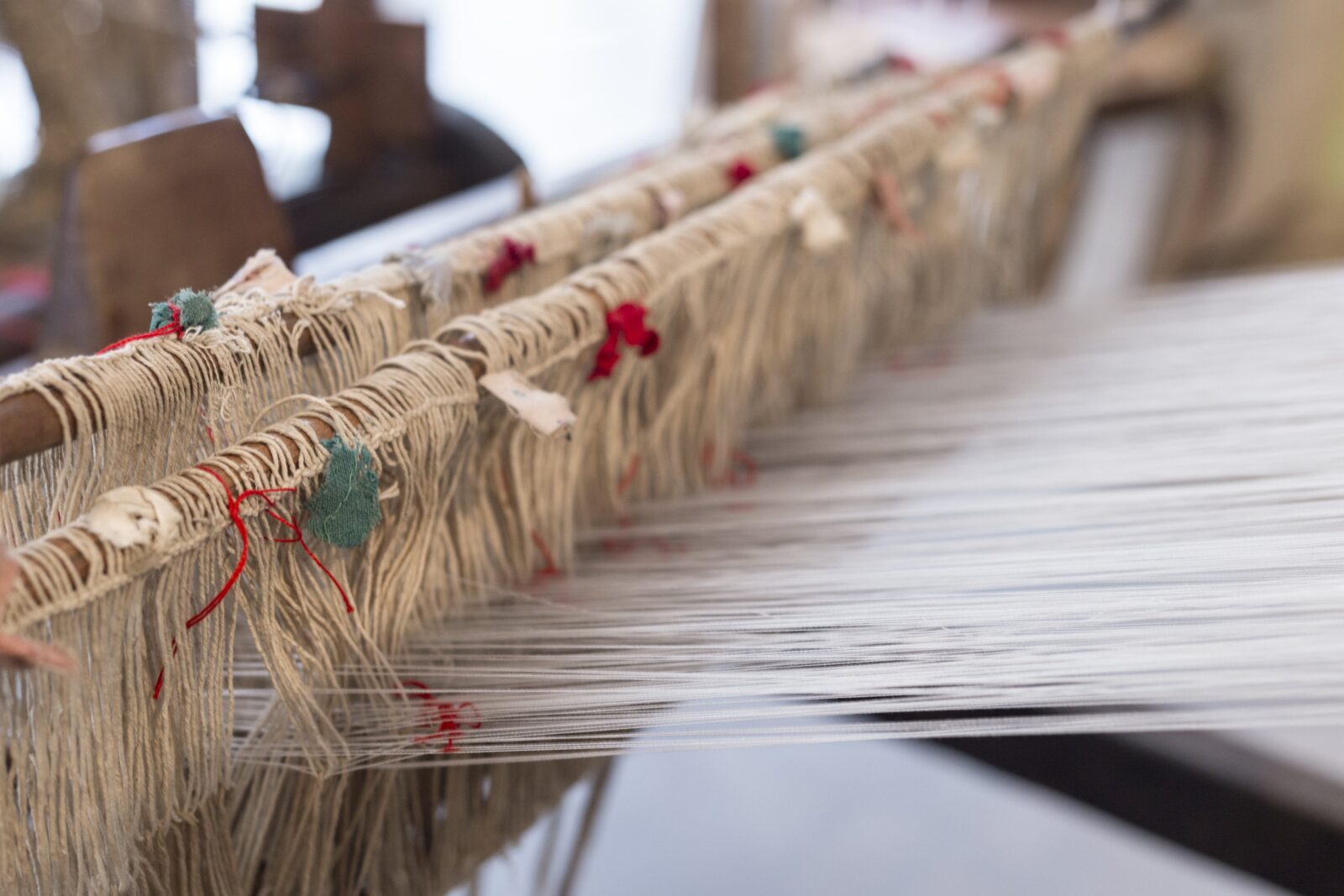 Home topics eco-a-porter A loom against the ‘ndrangheta. The ethical high fashion of Cangiari

It is a name that smells like history, that Calabrian, and like wisdom, that of the Calabrese. It’s called Cangiari, which in dialect means ‘to change’, it is the first high-end brand in the Italian ethical fashion scene and contains in one word a mountain of meanings that all have to do with sustainability.

A brand on whose rod waves the flag of courage and change that is also looking back, returning to origins. The future is built from the past, this is the idea of sustainability at the base of the brand, born within a community of people and social enterprises that offers jobs to disadvantaged people operating in opposition to the ‘ndrangheta and that has the biblical name ‘Goel’, which means redemption. A community that has turned fifteen, becoming a cooperative group and proposing a model of ‘effective’ ethics, putting the person and the environment at the center of its business, through the exclusive use of yarns and biological colors. The recovery of an ancient tradition gave new life to the small artisan laboratories of the creative and production chain of Cangiari, all rooted in the Calabrian villages of the tip of the italy’s boot.

Starting from what they have that is the ‘majestre’, the weavers, who knew by heart the compositions, like musical scores, of the 1800 threads of the loom; the weavers transformed the compositions into songs to remember them, that today the women of the circuit have decided memorize to turn them into high-class creations.

An ethical fashion, therefore, that wants to recover the territory, too rich in beauty to be left in the hands of the underworld. But also an exclusive fashion. The creations are in fact highly customizable because they are handmade by the Calabrian weavers, young women who have got in the game making a refreshing change in an ancient art like that of the loom, rooted in Locride since the Byzantines. Influence clearly recognizable, along with the Greek one, in the designs that Cangiari proposes season after season, in the different variations of fabric designed to dress the woman and the house with ‘Abitare Cangiari’.

The new spring summer capsule designed by fashion designer Denise Bonapace offers elegant light and versatile garments that play with the details of fabric designed to be personalized by the wearer. A precious touch of originality.

Impalpable then the clothes of ‘La Sposa Etica Cangiari’, also featured at the exhibition ‘Le Stanze della Moda Sostenibile’ organized by the Michelangelo Pistoletto Foundation, which if observed closely reveal the preciousness of woven fabrics and refined embroideries made with the ‘chiaccherino’, another ancient instrument that evokes the lullabies of the past, which you can almost feel by touching the trimmings with your fingers.

Unique pieces that, according to the creators, it would be a shame to show only the wedding day. And then here is the provocation of the wedding dress that becomes evening dress. Another way to pursue the goal of sustainability, with a gesture that is almost a sacrilege, but that takes the features of revolution from the point of view of ethical fashion.
Always however with a look at the roots. Without which there is no future.