Home The Monthly Interview Sara Maino, who opens the doors to new talents 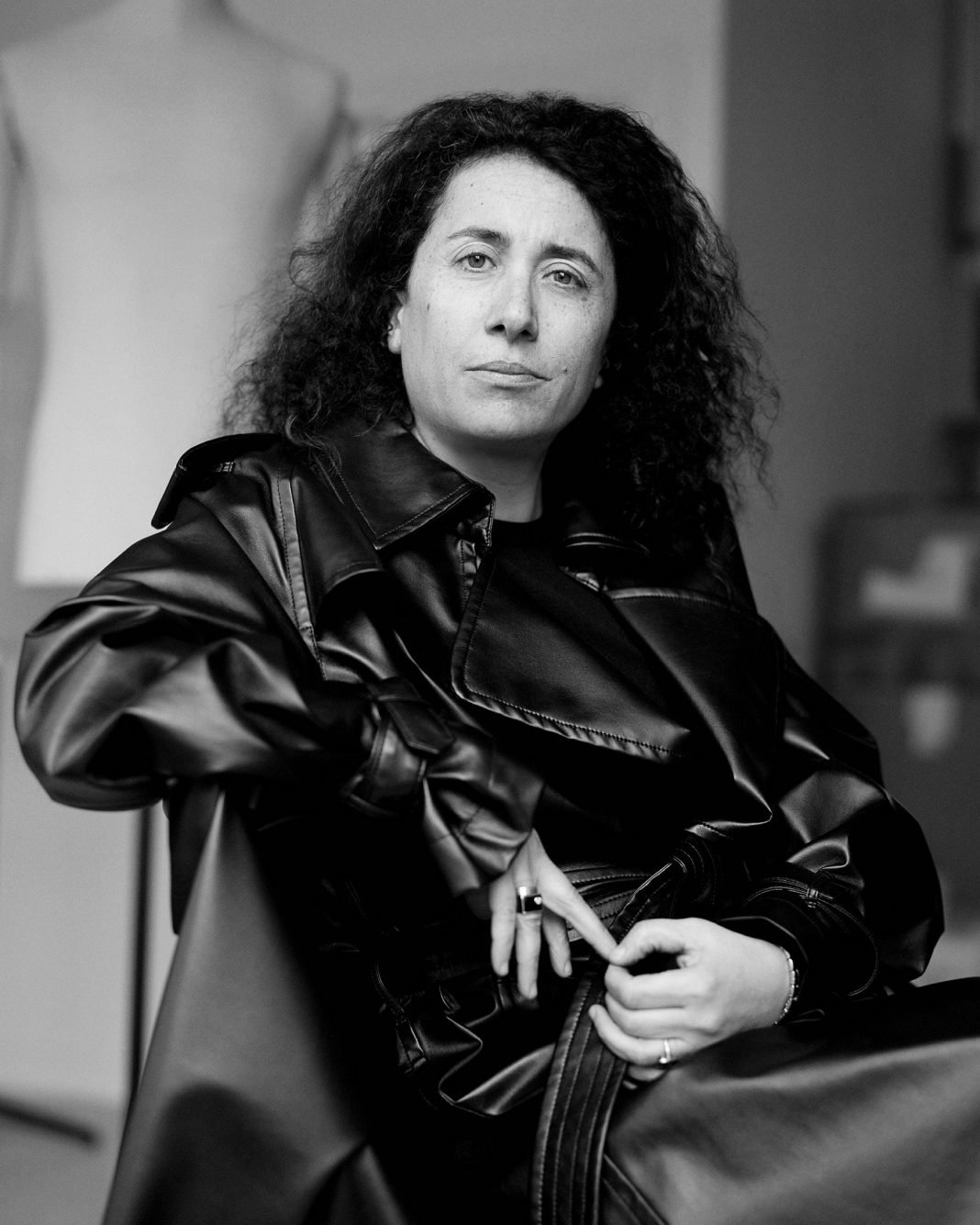 My March’s guest never has the task of making the ‘nomination’ for April, because Fashion Revolution Week falls in April and I leave the burden but also the pleasure of choosing who to interview to me. And so, it is with great pleasure that I share with my readers the chat with Sara Maino, Deputy Editor of Vogue Italia, Head of Vogue Talents and Brand Ambassador of the Camera Nazionale della Moda, in short, many things all together.

With Sara, who has made her passion into her job by discovering new talents and giving them a chance that is always difficult to have in a world like fashion, I talked above all about sustainability and the relationship that new designers have with it, also at light of the changes that the Covid-19 emergency is inevitably bringing to some extent in all sectors.

Sara, I read that your first experience in fashion was in the Corso Como 10 boutique but I would like you to tell me about it, telling the path that led you to be, today, Deputy Editor of Vogue Italia and Head of Vogue Talents . We like stories!

At that time Corso Como had been open for a couple of years and I was working there while studying foreign language and literature at IULM; although I grew up in an environment that has always had to do with fashion, it is not that at 19 I had very clear ideas about my future, also because we know that working in a family is never very simple. After a few months I wanted to try in Vogue Italia, starting as an intern; it was between ’94 / ’95, a whole other period, with slower times and a very long apprenticeship in which I had the opportunity to work in all sectors of the newspaper, from news to beauty to graphics and, of course, to fashion. At the time the photo shoots were made abroad, I was a sort of courier, I passed clothes but this allowed me to go to very important sets including those of Steven Meisel and Bruce Weber. Then I started to assist the two editors who at the time were Anna Dello Russo and Alice Gentilucci, with Alice a little more, after which I became a fashion editor myself and, having to do a lot of research, from clothes to accessories, the passion for looking for new things and talents was born and grown.

Then we had a magazine trend’s supplement that came out twice a year, September and February; during fashion weeks I went to fairs, showrooms, took pictures and in 2004 we launched Who’s on Next with Alta Roma, which already represented a support for Made in Italy in a moment of great rest for Italian designers. So, following these supplements and after years of research, towards 2008, I decided with Franca (Franca Sozzani, historical director of Vogue Italia – Editor’s note) to do something more focused, thus inaugurating ‘Vogue Talents’. Since many years before, Vogue opened its doors to me for many reasons, my aunt was the director of the magazine, however my path has been long and tiring, I thought there must be someone who opened the doors to others. This is a strong belief that has never left me, supporting the new generations, opening the doors to those who deserve it, because the talent is not for everyone, of course.

‘Vogue Talents’ precisely and, since we are talking about ethical fashion, are there many new designers who choose sustainability? Considering the entire supply chain, what is the most ethical aspect they seem to favor in their work?

In the past four, five years, ‘Vogue Talents’ has been focusing more on responsible projects and in the past two years even more. It must be said that the whole new generation is much more sensitive to these issues than us, let’s say from the age of 25 onwards, also because they grew up in a context in which there is a high access to information and consequently a conscience has developed very strong about what’s going on. I would say that 80% of designers today are tied to responsible projects, also because anyone who decides to open a brand or start-up cannot think of doing it without taking into account the sustainable aspect.

Regarding the ethical aspects, I note that in almost all the works the need to tell a story emerges, a sort of storytelling linked to one’s own experience, to one’s reality, such as for example those who make knitwear are tied to local craftsmen, from their own territory. The social aspect, the sense of belonging, the help and support to neighboring realities are strong.

Yes, this proximity to territorial realities is something that I have also noticed in the designers and brands with which I have come into contact lately. Still in relation to sustainability, in this lockdown period I continue to think that now more than ever it should be understood in the sense of ‘supporting’, ‘doing well and doing good’. What does it mean for you after this emergency in the fashion sector?

What I hope is that there is a great deal of slack in senseless production and that we focus more on quality. There will certainly be a huge amount of stocks to be reused after the emergency, the warehouses will be full of unsold goods, even this could be a good starting point. This is an experience that is using everyone of us, so that it is not just words that are pronounced now but also facts, because we need them. In addition to the almost spontaneous solidarity already shown, the big designers and brands are moving a lot but I think they will communicate it when they are really ready. The important thing is that they do it, that they communicate it, so that the consumer becomes more conscious, more aware. And perhaps this situation will further speed up the support for new talent by big groups.

We all wish it. Regarding new talents, would you like to give me some name devoted to ethical fashion that stands out for its stylistic peculiarity?

Usually I don’t like to name names, however there are two designers, one Italian and one English, who stand out for responsible and particular collections: Flavia La Rocca, winner of the last Franca Sozzani GCC Emerging Designer Award, has been producing a sustainable and modular fashion for six, seven years, a fashion that allows to create an infinite and multipurpose wardrobe. It is a smart idea and she strongly believes in it.

Helen Kirkum, a young English designer, breaks down and reassembles old sneakers creating unique pieces; I consider her a little the new John Lobb (historical English shoemaker). Her approach, which she defines as “deconstructive, tactile and reassembly”, has an original aesthetic made up of complexity and multiple layers of texture. I mentioned two but there are many and very interesting designers.

I imagine. I have much more to ask but for now I have to stop here and ask you to make me the ‘nomination’ for the month of May.

I would say that, given the issues you deal with, Orsola de Castro.

Great! Orsola de Castro is one of the founders of the Fashion Revolution, we are in perfect theme! Thank you very much Sara, it was really a pleasure and I hope to have you again as a guest, maybe in a few months to see and comment on the real implications of this unexpected and complicated (but also full of opportunities in my opinion) situation.

And this time I myself answer the monthly interview!